Honoring the American Dream on the 4th of July 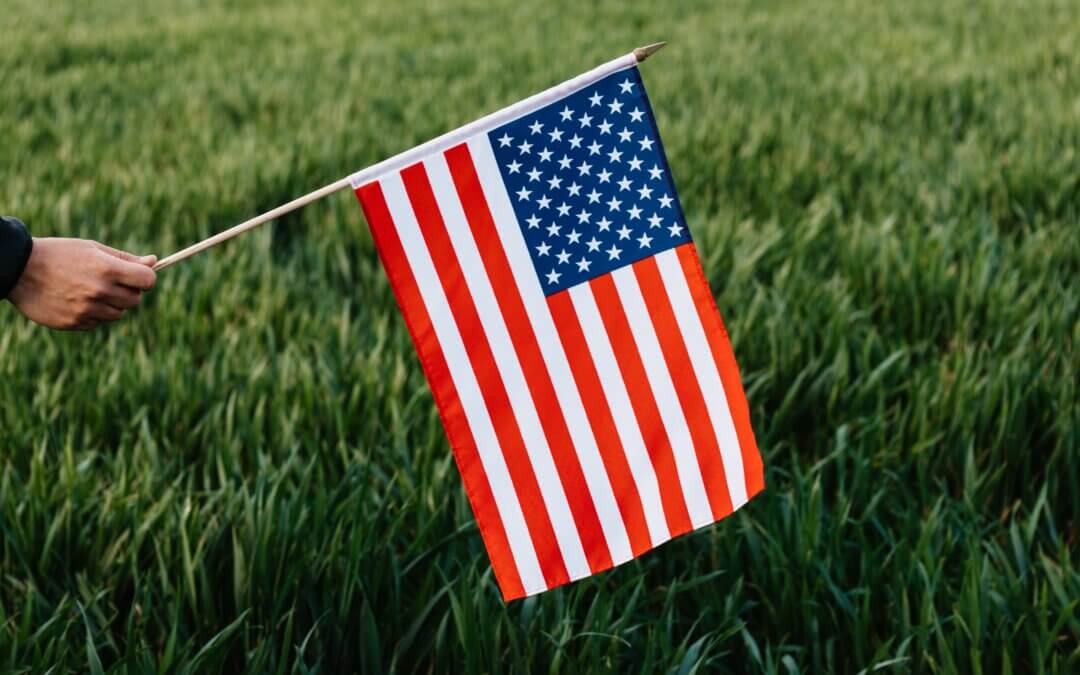 Americans across the country Celebrate

With parades, backyard barbeques, and patriotic red, white, and blue.  As history books tell, on July 2nd, 1776 the Continental Congress voted in favor of Independence from Great Britain, and two days later delegates from the 13 colonies adopted the Declaration of Independence.  This day has been celebrated as the birth of American Independence and a federal holiday since 1941. Independence Day, the 4th of July, is celebrated by Americans everywhere with fireworks, parades, carnivals, fairs, concerts, and parades (naming just a few!). Public and private celebrations take place honoring this moment in history.  An extraordinary achievement as colonists put aside their differences and joined together working towards a common goal, a ceremonious occasion of the United States Independence Day.

Where it Started A Favor for Independence

As a result of the growing tensions between the thirteen American colonies and the colonial government which represented the British crown, the Revolutionary War, also known as the American Revolution ensued in an ideological and political resolution resulting in a full-scale war for Independence. “The shot heard round the world” signaled the start of the American Revolution with a gunfire exchange between British soldiers known as lobsterbacks and colonial minutemen militia. The fight for freedom went on for several years. France entered the war on the side of the colonist and helped the Continental Army force the British to surrender. When the Continental Congress met at the Pennsylvania state house in Philadelphia, it was Virginia delegate Richard Lee, that introduced a motion calling for the colonies’ independence. Congress then appointed a five-man committee including Thomas Jefferson of Virginia, John Adams of Massachusetts, Roger Sherman of Connecticut, Benjamin Franklin of Pennsylvania, and Robert Livingston of New York to draft a formal statement calling for the colonies’ independence and the break with Great Britain.

With the declaration, the Thirteen Colonies took a collective step forward in the forming of the United States of America. The document is a formal explanation of why Congress had voted to declare independence from Great Britain. The declaration justified the independence of the United States by listing 27 colonial grievances against King Geoge III. It also contains various words of importance to American democracy and contains the ideals and goals of the U.S nation. Perhaps the best-known part is the preamble which states that the authority to govern belongs to the people, not kings and that all people are created equal and have rights to life, liberty, and the pursuit of happiness. The fundamental freedoms of the American people were alluded to in the Declaration of Independence, implicit in the Consitution, and enumerated in the Bill of Rights. The declaration was given very little attention in the years immediately following the American Revolution only to announce Independence. However, it was influential in other countries that borrowed similar languages to declare their own independence. It wasn’t until the 1790s when the emergence of the first political parties gave attention to the words of the declaration. The importance of the Declaration can hardly be overstated, it established a new nation based on principles it holds true, the rule of law, equality, unalienable rights, limited government powers, social compact, and the right to reform. (My best in trying to explain this is in a short paragraph not easy! )

John Adams believed that July 2nd was the correct date to celebrate the birth of American Independence and would turn down invitations to appear at July 4th events in protest. This is because it was on July 2nd  the resolution was voted in favor of but wasn’t adopted until the 4th. It took Thomas Jefferson 17 days to write the Declaration of Independence and the Continental Congress spent two days making changes which is why the United States celebrates on the 4th of July.

What started out as celebrations in Philadelphia on July 4th, with armed ships dressed in the colors of the United States and whose ships cannons fired a 13 gun salute (in honor of the 13 colonies) while fireworks and bells rang throughout the city, and people gathered and celebrated along the banks of the rivers enjoying picnics, and parading through the streets is still done today, just in a little different fashion. Over time various other activities have also become associated with 4th of July celebrations, such as historical pageants and contests, trips to the beach, rodeos, family vacations and reunions, and common foods such as hot dogs and hamburgers.

Reflecting on what this day means, it’s an opportunity to honor The American Dream. The American Dream best defined by famous writer James Adams  “life should be better and richer and fuller for everyone, with opportunity for each according to ability or achievement”.  It is not a dream of motor cars and high wages merely, but a dream of social order in which each man and each woman shall be able to attain to the fullest stature of which they are innately capable and be recognized by others for what they are, regardless of the fortuitous circumstances of birth or position”.  A national ethos of the United States set on ideals, democracy, rights, liberty, and equality for all. On this 4th of July, may you celebrate safely and enjoy with family and loved ones honoring The American Dream and the quality of the life we all live in this great country.   I’ll leave you with one of my favorite quotes by our 33rd President, Harry Truman “America was built on courage, on imagination and an unbeatable determination”. To all that live in this great country may those words inspire you to pursue and honor your own American Dream. Wishing you all a safe and happy holiday!

Are you living out Your American Dream?